Did you know we produce over 100 billion aluminum cans each year? That's insane, but what was more wild to me is that I couldn't tell you how a single aluminum can is made. Can you? I keep thinking about how mediated our modern world is and how we all participate in this amazing culture of specialization. Most of us wouldn't know how to grow our own food, build a chair, make our clothes, or fabricate most of the products we use every day. Specialization is one of the main drivers of productivity and wealth in the world, but we've lost something along the way: a basic appreciation for the objects around us. I've recently been captured by a narrative in Cooked by Michael Pollan, Shop Class as Soulcraft by Matthew Crawford, and other places. It's a call to spend some of our leisure time making things we could otherwise buy as a push against specialization and an "ignorance of the world of artifacts we inhabit." At the very least, it's worth learning about the processes that drive our world. I mean, just check out how we harvest cherries.

I knew carbon offsets can be problematic, but I couldn't tell you why. This Bloomberg article (Timber CEO Wants to Reform Flawed Carbon-Offset Market) helped me better understand the topic, as did this Medium piece (I Liked The Idea Of Carbon Offsets, Until I Tried To Explain It). My summary:

Sri Lanka moved entirely to organic farming and it's been a mess (Sri Lanka's Organic Farming Experiment Went Catastrophically Wrong). The takeaway here for me is that organic farming is workable at small scales but all-organic is not a credible future. Large scale organic farming relies on both copious amounts of manure and a group of consumers willing to pay a premium and there just isn't enough of either to go around. I haven't heard anyone advocating for an all-organic future, but I'll remember this the next time I get a little snooty about my organic purchases.

I planted seeds last month to start growing hydroponic lettuce and herbs. This month the seedlings grew large enough to be transplanted into my makeshift floating raft system (yay!). This is the first time I've grown food in my life, which says something remarkable about our developed world. My goal is to grow enough leafy greens and herbs to feed my voracious appetitive for large midday salads.

One of the things I'm trying to do with this site is to share my experiences so that anyone else can learn from them. To that end, I've published a few pieces on Chocolate making, including a full set of Chocolate bars we've made. The pandemic brought chocolate making to a crawl, but I'm eager to get going again. I also wrote and published a few Adventure reports (7 Summits of Desolation Wilderness, Death Valley 2021, and more). This page also includes links to my favorite bike rides, hikes, and camping spots in California. I'll add to the list over time.

You must make these French Onion Dumplings, you just must.

I made Hot honey for the first time, but I'm struggling to use it in the kitchen. It has a distinct fermented taste which makes it a poor addition to brighter spring-y things.

A few friends and I made Bitters for the first time. It's easy, fun, and leaves a lot of room for creativity. My attempt at Szechuan peppercorn bitters ended up delicious, adding just a slight numbing sensation to a Manhattan or Old Fashioned.

Unfortunately, my attempt at Halva failed spectacularly, resulting in a tacky fudge instead of the soft flaky texture that makes halva great. Choosing to use honey instead of sugar was probably a mistake given its relatively high water content.

I performed a rap to celebrate my Grandma's 90th birthday (Grandma's 90th rap). It's goofy and won't win awards, but it was both incredibly challenging and fun to write. It's been awhile since I've been in such an obsessive flow state.

A ski trip to Deer Valley left me feeling uncomfortable with its country club atmosphere and the ease at which so many people spent so much money there. Most purchases follow a linear expectation of return. I'd expect a dozen onions to cost about 12x a single onion (or slightly less). I'd expect a house that's twice as big to cost about twice as much. But luxury goods don't follow this pattern. A $100 knife is not 10 times better than a $10 knife; it might only be twice as good. If you're really into cooking, you might find the premium well worth it, otherwise it will seem like an indulgent expense. For me, I'll buy the $100 knife but I'll pass on the $250 lift ticket and $38 mushroom ragu.

I visited Austin for the first time and absolutely loved it which I didn't expect. Austin is building and building fast. There's a vibrancy to the city: cranes everywhere, a diverse array of architectural styles, small businesses occupying weird spaces, numerous mixed used corridors. There's resistance to change and NIMBYism everywhere, but it seems to me that Austin is embracing growth in a way that the Bay Area has not for quite some time. As I walked the streets of Austin, I couldn't shake my discomfort with this thought: San Francisco, the place I call my home and hope to stay, is downright sclerotic.

A few friends and I attempted contact yoga late at night. I haven't laughed so hard in months.

I visited Austin to join the entire Even team at an offsite. The gathering was meant to mark an end to one chapter and the beginning of another as the Even acquisition closes. Seeing 70+ people come together in person again, smile and laugh, was special. What surprised me most was how many people I didn't know! Since stopping day-to-day work a year and a half ago, we've hired dozens of new people. Seeing these unfamiliar faces joyously interact with people I know well made me feel a sense of pride: Even is now a self-sustaining, evolving organism with a set of embedded values that carry it forward. Comparing company building to raising a child might be trite, but companies and children do become autonomous over time in a way that's both amazing and unsettling to founders and parents alike.

Is Even a success? I've been conflicted on this question. We didn't achieve much of what we set out to do (to radically ease the financial stress of 70 million working Americans) so in that sense I consider the company a failure. But we did manage to build a product I'm proud of, get it in the hands of almost a million people, meaningfully change their relationship to their paycheck, and help them save money, so it's been successfully in those ways.

We can debate the ultimate reach and influence of Even's product, but one thing is clear to me: we treated the people who worked at Even well. For engineers, customer support reps, operators, and everyone else, working at Even has given them purpose. It's helped them develop new skills and grow in their career. We've delivered good salaries and a meaningful financial outcome to every employee. Creating such a supportive workplace isn't easy and I'm proud we've done it so well. Reflecting on the way we've impacted the lives of our employees has tipped the scales and helped me finally see Even as a success. 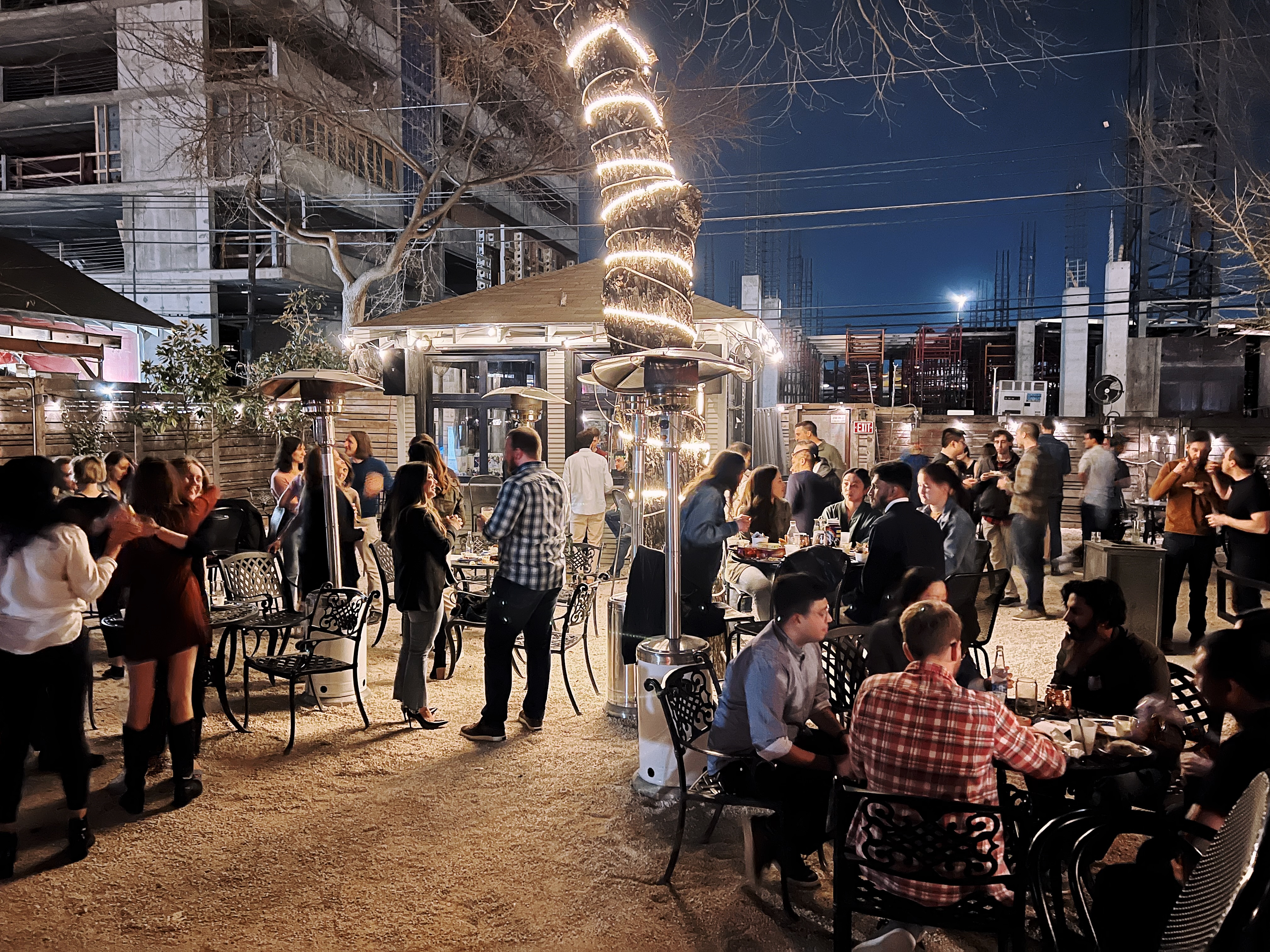 The Even offsite in Austin 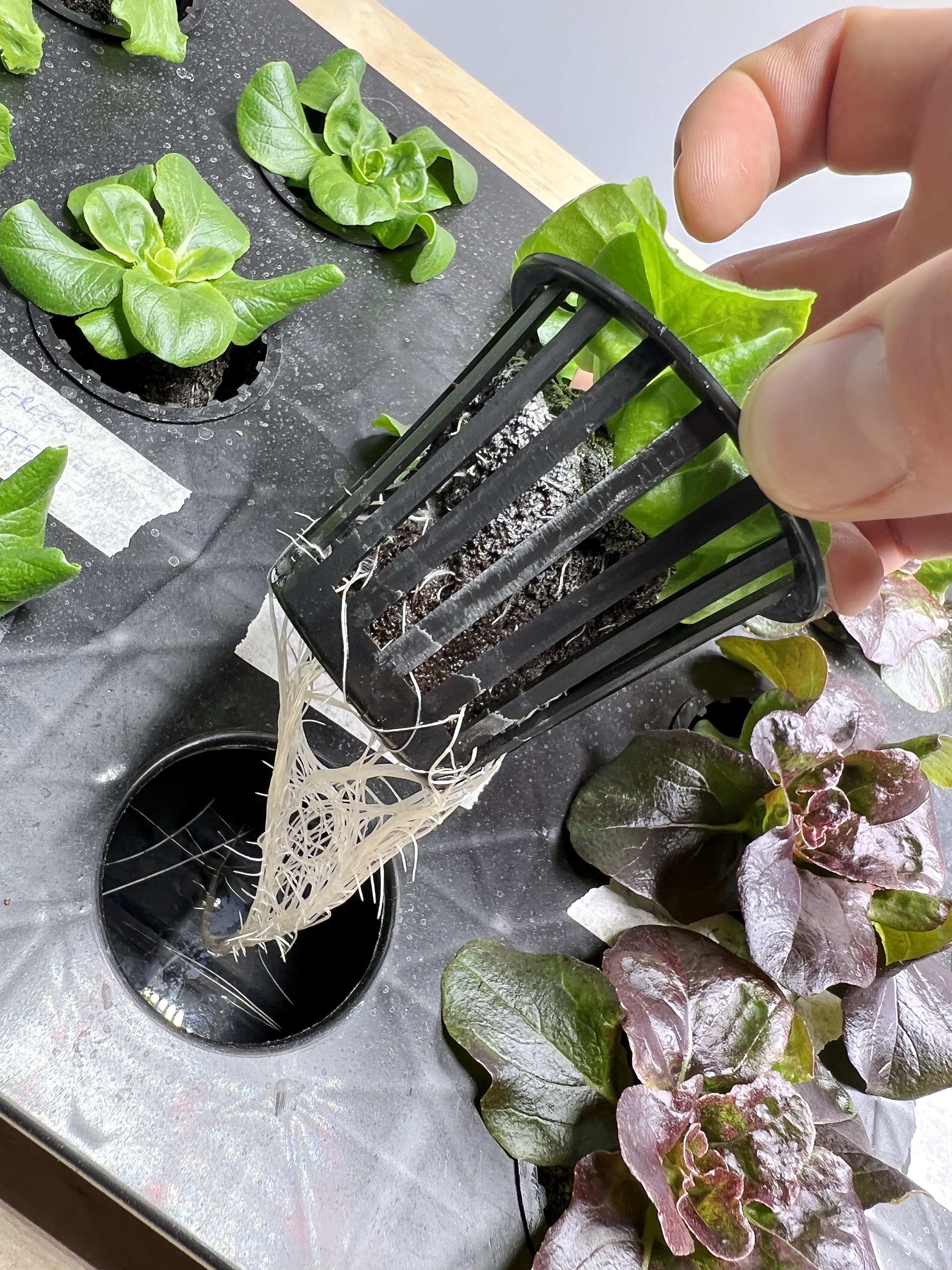 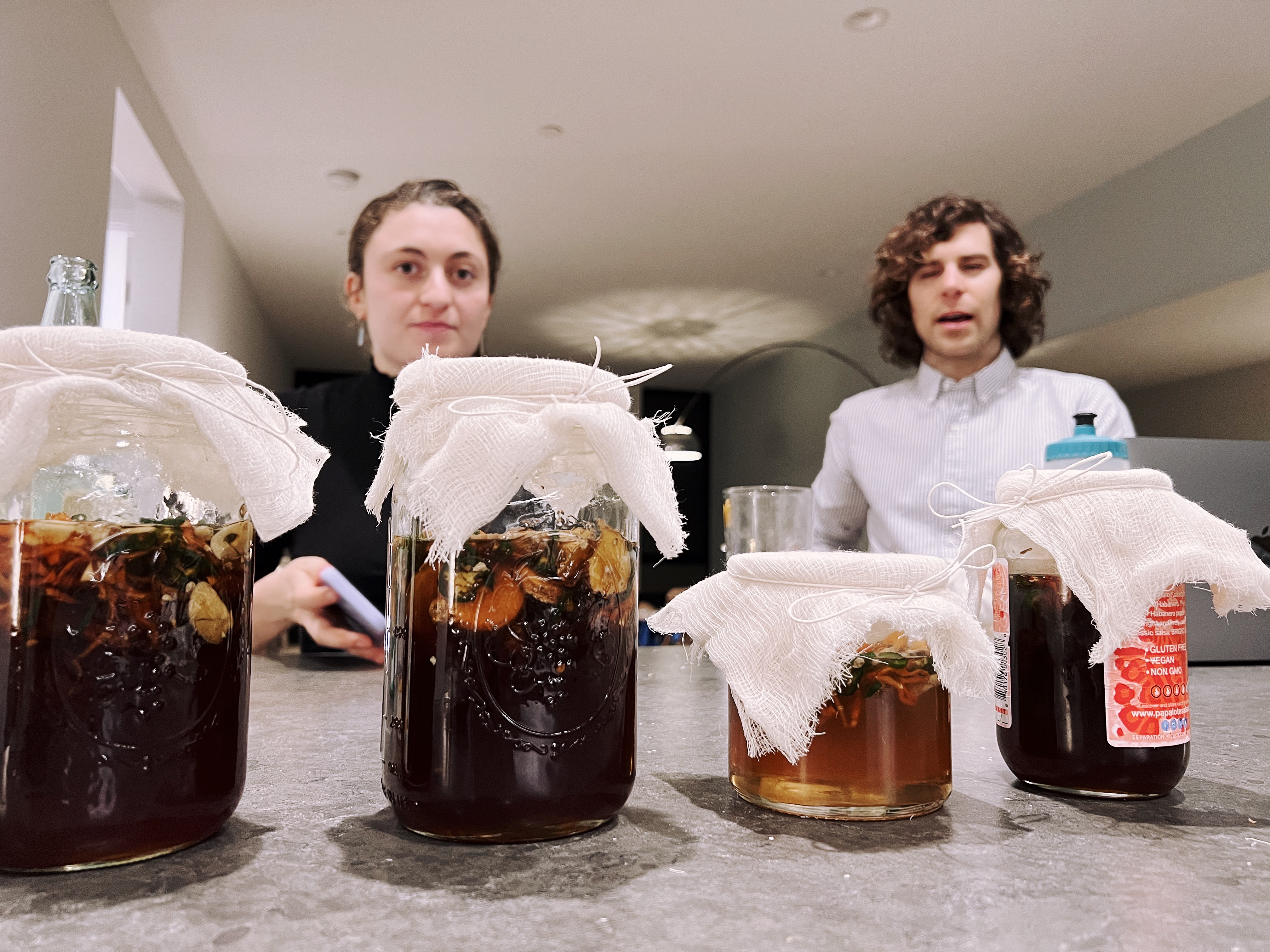 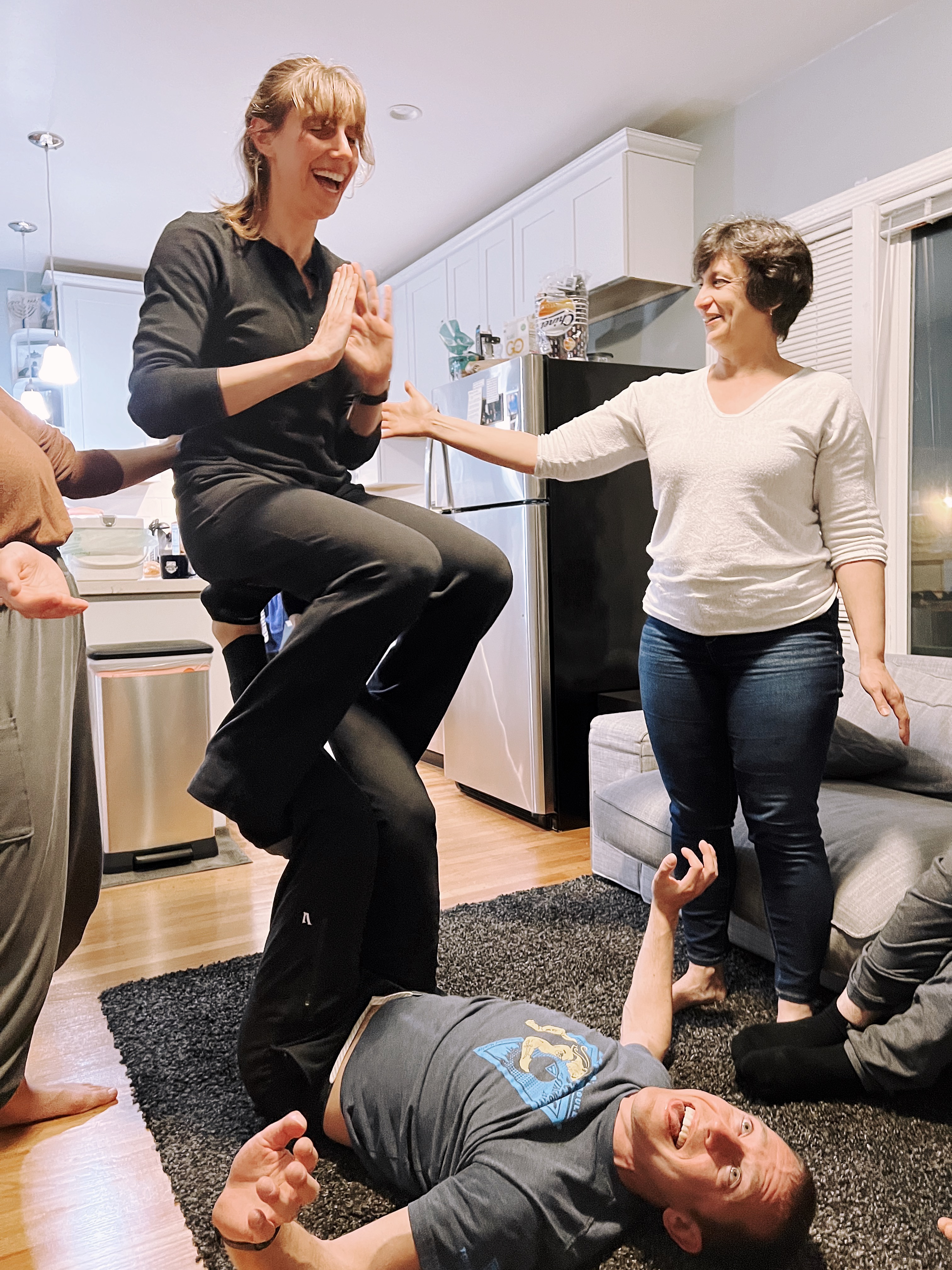